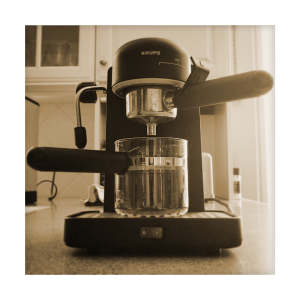 4 years ago I had the pleasure of scoring a 20min short film for Pablo Panda Productions about a bunch of losers working in a coffee shop (something my teen self can relate to). After putting it off for a while, I finally got this material properly mastered, and am pleased to announce it is now my first official music release.

I wrote and recorded the score under a tight deadline almost entirely in my bedroom, so the production wasn’t optimal – definitely lo-fi. For a while I considered re-recording it with a real drummer and better equipment, but ultimately decided to leave it as-is, and keep the EP more or less accurate to how it sounded in the short film. I’ll use the lessons learned here to improve on some of these production mistakes next time around – maybe I’ll even release an alt mix or two at some point.

My friend Jake Reid is featured on guitar and bass – despite the frantic production of the project, the time I spent workshopping this material with him was very creativity fulfilling for us both, and we’re quite happy with our work here.

Thanks to Weather’s Mike Bognar, who helped me clean up some of the audio as I reworked the mixes for an EP release, and Taylor Deupree, who mastered the final EP. I would not have been able to release this project without their support.

Light & Sweet (2017) is available now pay-what-you-want on Bandcamp, as well as Spotify and other streaming services.